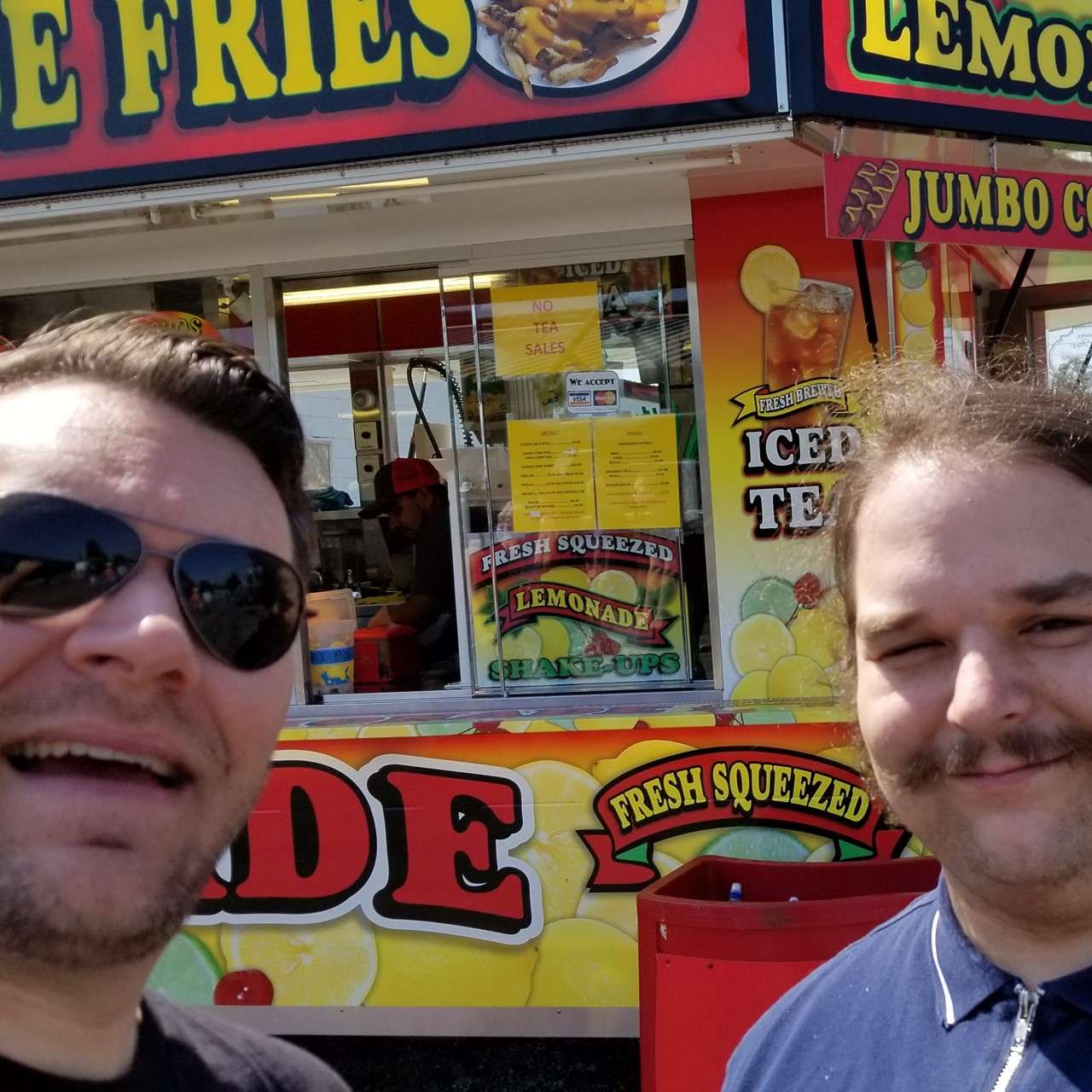 EPISODE 50!!! Andy & Dan celebrate the momentous occasion by reviewing food from the Ozark Empire Fair, one of Springfield's longest-running (somewhat) food-centric events! They're joined by Nate Black from the Mystery Hour, as well as returning champion Sarah Jenkins, also from The Mystery Hour, who just happened to be around. The group describes the massive quantities of fair grub they've consumed, both this year and in the past. Later, two more special guests stop by. One of them is a random weirdo, the other a global celebrity! What better way to celebrate fifty episodes than with a cavalcade of insane/inane nonsense!